The Gospel According to Pelagius

Pelagius was a monk of British origin who was teaching in Rome at the beginning of the fifth century. When Rome came under barbarian attack in 410, he fled to North Africa, and from there made his way to the East, where his views stirred up controversy in Palestine. He eventually found refuge in Constantinople, though his ultimate fate is unknown. He was condemned at the first council of Ephesus in 431, but it is not certain that he was still alive at that time. Long before that, however, Augustine (354-430) had become aware of Pelagius's teaching and the unsettling effect that it was having in North Africa. He wrote no fewer than fifteen treatises against it, and was a prominent voice in the condemnation of Pelagius's views at Carthage in 418. Unfortunately, virtually all we know about the debates between Pelagius and Augustine comes from these treatises, and we are forced to infer Pelagius's position from what Augustine says about it. On the other hand, much of the debate between the two men was conducted on a courteous level (particularly during the early stages of the controversy), and there is no reason to suppose that Augustine deliberately misquoted his opponent. Pelagius comes across as a forceful speaker with a great ability to sway his audience, but Augustine scores more highly on substance. It seems most likely that many people were led astray by Pelagius's oratorical gifts, and that it was only later, when some of his hearers began to reflect more deeply on his teachings, that disquiet arose.

Both Augustine and Pelagius argued their case from the Bible, and in particular from the Pauline Epistles. They both agreed that God had created mankind with free will, and that it was only by divine grace that anyone could, or would, be saved. The differences between them lay within these parameters. Pelagius believed that it was possible for people to do genuinely good things if they wished to, and that God would reward them for their efforts. He insisted that every person faces a real choice between good and evil, since if that were not so, God would have to be regarded as the author of evil, as well as of good, and the human will would have no significance of its own. He did not intend by this to deny the grace of God, since it was that which gave man free will in the first place, and it seems most likely that he regarded the will as created in an unformed, weak state that had to be nurtured by God's law. The key point is that, just as the gospel can only be received by people old enough to understand it, so sin can be committed only by those who know what they are doing. There is, therefore, no sinfulness inherent in every human being from birth, and no guilt that is passed on from one generation to the next. For Pelagius, the idea that no one could choose to do good without particular divine intervention enabling that choice smacked of injustice and arbitrariness on God's part, and so he rejected it.

Augustine, on the other hand, insisted that the sin of Adam was so great that it touched every aspect of human nature, and was passed on from one generation to the next. No amount of willing on anyone's part can produce works that are acceptable to God, because the root problem lies deeper than that. Human beings have been alienated from their Creator in such a way they cannot claim moral neutrality in any sphere. Even if they should do things that other people would generally recognize as good, these things would still be tainted by the basic sinfulness which affects us all.

Augustine believed that God's grace was needed not to improve or increase human capacities for doing good, but in order to transform the human condition from one of sinfulness to one of obedience. To the Pelagian notion that the will is weak and needs instruction, Augustine answered that the will knows perfectly well what it should be doing but lacks the power to do it. Pelagius never grasped the Apostle Paul's frustration on this point, which he expressed so eloquently in Romans 7. Furthermore, argued Augustine, Pelagius had never come to terms with the true horror of death. Even if it were true that some people can advance in the spiritual life and rise higher up the scale of virtue than others, these people must still die-and there is no guarantee that their deaths will be any less painful than anyone else's. The universality of death, which touches infants as well as adults, can only be explained by the universality of sin, which also touches children. Ignorance of the law is not the same as innocence and children are perfectly capable of sinning without understanding what they are doing. To imagine otherwise, says Augustine, is not only to fly in the face of obvious facts, it is to make God unjust for bringing death to morally ignorant children when they had done nothing to deserve it.

It is easy to see why Pelagius's arguments appealed to many people when they first heard them, but it is also not difficult to understand why Augustine won the argument between them. His understanding of human nature and of the justice of God was more logical and more profound than that of Pelagius, for whom sin was a willful act, not a state of being caused by a broken relationship with God. It was also more humane, because those who are saved know that this is because of God's grace, and does not depend on their own erratically good behavior. A sinner saved by grace has peace with God, whereas a person trying to do the right thing for God's sake will always be full of anxiety and never have peace. This is the gospel, and it was Augustine, not Pelagius, who expressed it more faithfully in the end. 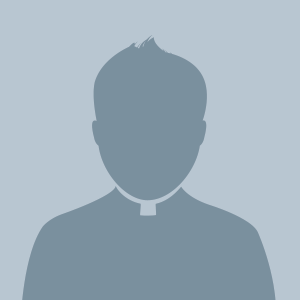 This material has not been discussed yet.